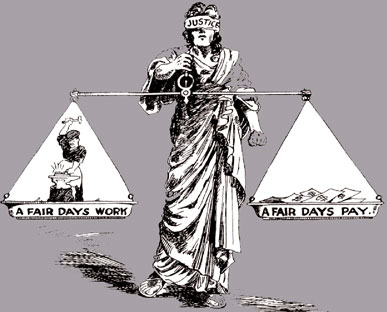 Back in 1919 the rallying cry from workers was “a fair days work for a fair days pay”.

Working conditions at the time were unsafe, living conditions were poor and wages were so low that it was difficult to avoid poverty.

One of the most important worker protests took place on May 15, 1919 - 30,000 union and non-union workers in Winnipeg walked off the job in support of striking metal workers. The Winnipeg General Strike lasted more than a month, highlighted by mass protests. On June 21, 1919 Bloody Saturday erupted and one striker was killed and others were sent to jail.